There is no way around it. Divorce is hard. But let’s forget about the actual legal process of getting a divorce for a moment, and simply consider the circumstances leading up to it. Even when both parties have agreed to end the marriage, it can be a dreadfully painful experience. Many people have said that divorce feels a lot like the death of a loved one. There is a similar grieving process. The Holmes And Rahe Stress Scale ranks divorce in second place for the most stressful events that a person may go through in life.1

Like those grieving over the death of a loved one, someone going through the end of a marriage may experience all five stages of grief including: denial, anger, bargaining, depression and acceptance. People may not experience all stages in the same order. Stages may overlap as well.

Ending a marriage is an emotional roller coaster. And that is more than enough for most people to deal with. If the days of our lives were compared to the weather, it would be a severe thunderstorm. Unfortunately, people are rarely able to weather the storm, before a litigious divorce process turns it into something that feels more like an Cat 5 hurricane. Even couples with the best intentions can be caught up in the spiraling vortex of emotion driven by fear, and a legal process that was designed for proving who’s right and who’s wrong instead of for ending a marriage and restructuring a family.

There is an emotional component when it comes to divorce and its impact on the family, that goes so much deeper than a legal contract.

“Marriage is an intricate tapestry consisting of a legal agreement, a financial partnership, and personal relationships that extend well beyond the married couple…Marriage involves sharing of every part of your life. You share some of the most intimate moments that two people can ever experience. You share experiences, make memories and children together. Your lives can become intertwined with a common circle of friends and extended family on both sides. Many of these people were there when you said your marriage vows. They were likely there when you celebrated the birth of your children, moved into that new home, or got the job you’d been hoping for. The circle of friends, family, coworkers and neighbors were likely there to provide support during the tough times as well. …This labyrinth of relationships bound together by shared experiences and deep emotional connections didn’t develop simply because of a piece of paper, and likewise, cannot be undone with another piece of paper.”3

In divorce we have people who are going through tremendous emotional pain, and uncertainty who are then being thrust into the legal process. Given the circumstances, it is only natural to become defensive and try to hold onto those people and things that provide a sense of security and certainty.

According to Pauline Tesler, co-author of Collaborative Divorce: The Revolutionary New Way to Restructure Your Family, Resolve Legal Issues,

“Blood pressure rises, heartbeat speeds up, cortisol floods the bloodstream. As a direct result the newer cognitive centers of the brain – located in the neocortex, which engages in cause and effect thinking and in imagining new solutions to old problems – go offline for as long as several hours after a triggering memory while the “fight, flight, or play dead” response plays out in body and mind. Some studies have suggested a substantial temporary drop in I.Q. of 30 points or more when a spouse experiences rejection by the former partner.”4

Considering the emotional state of people, it’s actually surprising that more divorce cases don’t end up like the 1989 movie, War of the Roses, starring Kathleen Turner and Michael Douglas. It is the story of a wealthy couple and what appears to be a perfectly happy marriage. When the marriage begins to crumble, a vicious and contentious legal battle unfolds over material possessions.

“When a couple starts keeping score, there is no winning. There are only degrees of losing.”

Many divorce attorneys can relate to that statement. But the problem isn’t necessarily the fact that a marriage is ending. The problem isn’t usually that the spouses have it out for one another.

The problem is that the litigation process wasn’t designed for the unique intricacies involved in divorce. Divorce litigation can bring out the worst in people during an already difficult situation.

That is where collaborative family law shines.

There are two characteristics of collaborative family law that give it the ability to bring out the best in people during the difficult and painful circumstances of divorce.

So much of the legal posturing in the divorce litigation process culminates from the fear of loss. This is not surprising. People are making decisions that will affect their financial and emotional futures, as well as the time they will get to spend with their children. Collaborative law removes the threat of litigation, and consequently fosters an environment of honest and open communication. All parties sign a collaborative agreement where they agree to a good faith effort to achieving the resolution of all disputed issues outside of the court system.

Even the attorneys have an incentive to find solutions rather than make accusations. If for some reason negotiation breaks down, the attorneys are no longer able to represent the parties.

Eliminates The Uncertainty Associated With Court

In the collaborative process, spouses no longer must be worried about the decision of the judge. The judge is no longer going to be making decisions about your future. With the help of a collaborative team of experts, the spouses seek to find creative solutions that are win-win for all parties. In the collaborative divorce, the divorcing couple has complete control over the outcome and agreement.

There are many other benefits to collaborative family law. It also typically cost less than traditional adversarial divorce, protects your privacy, and shields children from the fighting. 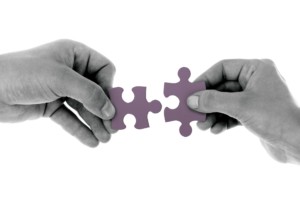 The Collaborative Divorce Attorney’s Role In Your Divorce 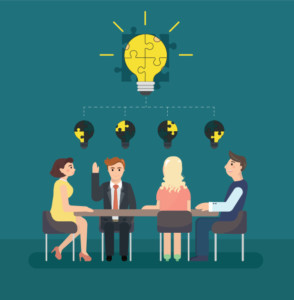 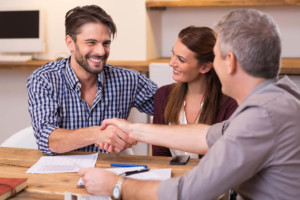